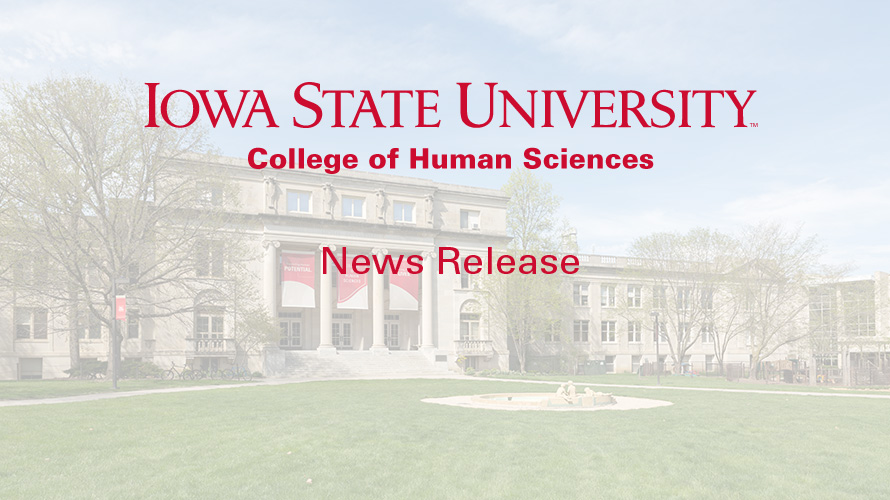 An Iowa State University professor has found running for 5 to 10 minutes a day can help people live longer.

“Running is one of the most convenient and popular exercises,” said Duck-chul “D.C.” Lee, an assistant professor in kinesiology. “Running is good for your health — but more may not be better. You don’t have to think it’s a big challenge. We found that even 10 minutes per day is good enough. You don’t need to do a lot to get the benefits from running.”

Lee is the lead author of a study released today by the Journal of the American College of Cardiology that identifies the positive outcomes of leisure-time running.

But extensive running can sometimes cause more harm than good. Lee said he found runners who ran less than an hour per week showed the same reduction in mortality risk compared to runners who ran more than three hours per week.

There is also a chance people who do go above and beyond with exercise are opening themselves up for greater risk of joint damage, bone damage, and heart attacks.

“Most people know that exercise is good for their health,” Lee said. “With too much of vigorous-intensity aerobic exercise, there might be a side effect. Is there any limit that we shouldn’t go over? It is possible that people who do too much might be harming their health. However, we need more studies on this important issue.

Lee looked at data that monitored more than 50,000 individuals’ workout habits for 15 years. He drew conclusions by identifying the cause of death in each individual and relating it to the amount of exercise the person completed weekly.

The study was co-authored by Carl “Chip” Lavie, a  cardiologist and medical director of Cardiac Rehabilitation and PRevention Cardiology, who’s also a professor at the University of Queensland School of Medicine in New Orleans; Timothy Church of Louisiana State University; and Xuemei Sui, Russell Pate, and Steven Blair of the University of South Carolina.

Lavie said the research is perhaps the largest study about running to date. He said it has long-term follow-up to assess both all-cause and total mortality.

“It is one of the few [studies] that has information about running doses and changes in running patterns over time,” Lavie said. “It shows that even small running doses, such as 6 miles per week, one to two times a week, and slower than 10-minute miles, appear to be associated with maximal mortality benefits.”

Lee’s previous work and expertise in the area stood out when working with Lavie and others on such an extensive study. The work emphasizes the importance of running for a few minutes a day.

“The big problem for many is not having enough time to exercise,” Lavie said. “Our study demonstrates that one can gain substantial reduction in mortality risks even with low doses of running.”

The availability and affordably of running is what attracted Lee to look at the sport’s impact.

“Many studies need some kind of equipment,” Lee said. “Running is so convenient and popular. Most people can run. It’s easy and there are a good number of people who are interested in running as an exercise.”

Lee is open to applying this study toward other sports in the future. He said he’d like to look at how the Register’s Annual Great Bicycle Ride Across Iowa (RAGBRAI) — the week-long, roughly 468-mile ride held last week across Iowa — affects the body. Tens of thousands of people from all 50 states and many foreign countries participate in the ride each year.

“We could test their cardiovascular health before RAGBRAI and then do the same thing seven days later,” Lee said. “That shows one of the most extreme amounts of exercise.”

“Running is one of the most convenient and popular exercises. Running is good for your health — but more may not be better. You don’t have to think it’s a big challenge. We found that even 10 minutes per day is good enough. You don’t need to do a lot to get the benefits from running.”