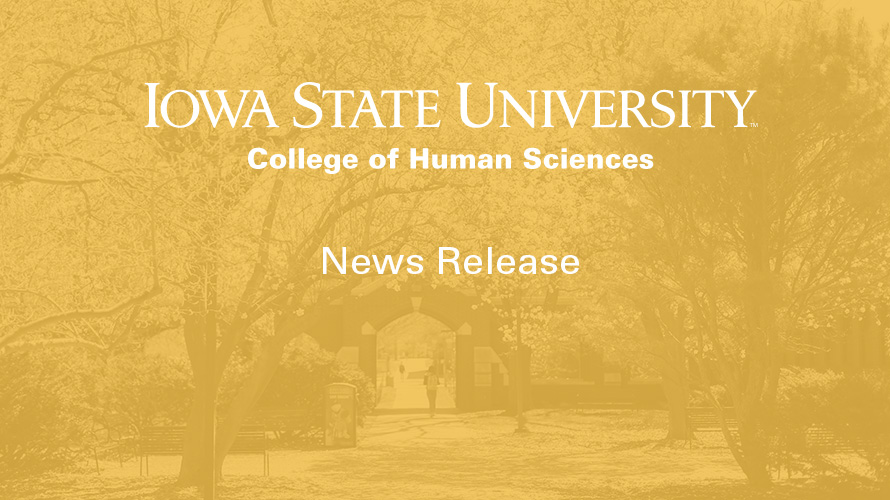 Most first-year college students experience some degree of homesickness.

But new research by an Iowa State University professor and graduate student identifies the kinds of students who are more likely to experience the level of distress that affects their academic performance.

“Gender, minority, and parental education had significant influences on predicting homesick factors,” said Jie Sun, a graduate student in the School of Education. “Female students, minority students, students who were residents in states other than the host state, and students whose parents had a lower degree of education tended to report a higher degree of homesick separation and distress.”

That kind of distress — feeling upset because you want to go home, regret leaving home, and thinking about going home all the time — can negatively affect a student’s academic performance, the research shows.

“The students with severe homesick distress had a lower average GPA (2.59 versus 2.79) and lower first-year retention (76% versus 89%) than the rest of the sample,” said Linda Serra Hagedorn, associate dean of the College of Human Sciences and a professor in School of Education who worked with Sun. “In other words, severe homesick distress does matter.”

That’s just some of the research being presented by Iowa State University this weekend at the American Educational Research Association (AERA)’s annual meeting, April 3-7 in Philadelphia. The meeting is the nation’s largest gathering of scholars in the field of education research.

Twenty-one researchers from Iowa State will participate in this weekend’s event, through 31 presentations and meetings. The delegation includes 15 from the School of Education, two from engineering, as well as one researcher each from industrial design, statistics, psychology, and sociology.

The College of Human Sciences has groups to help first-year students connect and adjust to college. Connect Four is specifically for students of color. Learning communities help freshmen in each area of the college, such as Preparing Tomorrow’s Teachers for students majoring in elementary education.

Research by Natasha Croom, an assistant professor in the School of Education, also examines the issue of race. But her focus is on professors rather than students. Croom’s research found that race still plays a role in higher education.

“Although more people of color, and black women more specifically, are accessing higher education in ways that were not readily available to them 60 years ago, racism and sexism still exists,” Croom said.

“Findings include blatant discrepancies and inconsistencies between the enactments of policies, procedures, and practices, as well as notable differences in socialization to and/or toward the professoriate and specifically the full professorship.”

The experiences of black female faculty members examined by Croom showed that racialized and gendered micro- and macroagressions are commonplace in higher education, and serve as vehicles to complicate the promotion of black women.

Croom said she hopes to use this weekend’s meeting to engage in a dialogue about how universities can better support and address the needs of black women.

Other research being presented by Iowa State looks at students who are learning to speak English.

Sarah Roberts, an assistant professor in the School of Education, is making three presentations. Her research focuses on how math teachers support English-language learners in their teaching.

“The type of task a teacher uses (cognitively demanding or not) affects how much she can support students in engaging in mathematical discussions and how much she can build in the resources students bring to class,” Roberts said.

Joanne Marshall, an associate professor in the School of Education, will be unveiling a new website for the association’s social justice special interest group, which she developed with the help of graduate student Nadia Jaramillo Cherrez.

Marshall is the communications chair for that group. She is also presenting her research that looks at work-life balance from a faith-based perspective.

“In other words, how does our faith inform the way we interpret work, and family, and the intersection of the two?” Marshall asked. “Aisha El-Amin from University of Illinois at Chicago and I are working with Christy Moran Craft of Kansas State University to develop an edited book on that issue.”

And Ana-Paula Correia, an associate professor in the School of Education, will assume the role of program chair of the association’s design and technology special interest group.

“Findings showed that Malaysian polytechnic faculty members recognized the use of information and communication technology in their instruction as critical to promote high-order thinking skills,” an abstract states.

“However, their teaching practices using information and communication technology in the classroom were not fully carried out in ways that would facilitate high-order thinking skill development among students.”

Iowa State’s delegation will be among more than 13,000 authors at the American Educational Research Association annual meeting, presenting findings of studies that have not yet been published. Discussion and feedback at the meeting is intended to help the scholars publish their work.

“The power of education research for innovation in practice and policy” is the theme of this year’s meeting. Organizers encouraged submissions showing how research-based evidence can be used to tackle persisting issues in education and lead to an innovative resolution.

“Although more people of color, and black women more specifically, are accessing higher education in ways that were not readily available to them 60 years ago, racism and sexism still exists.”