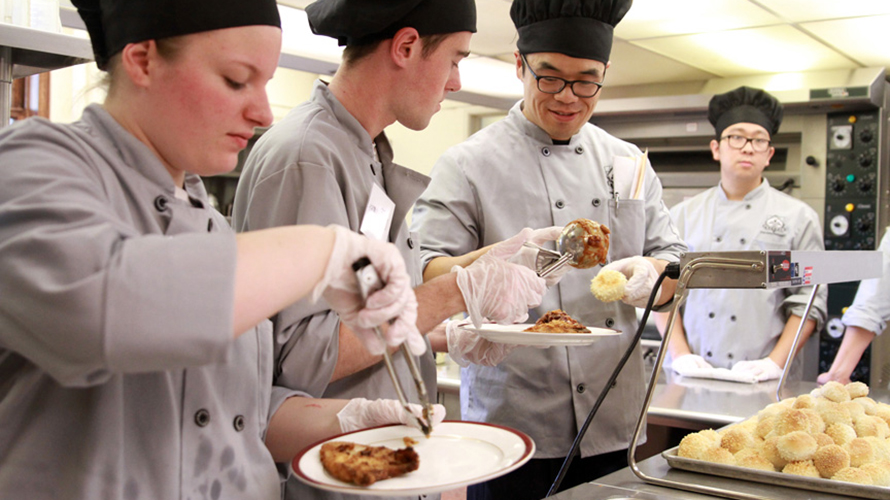 It’s been called “the best-kept secret at Iowa State.”

Located in the basement of MacKay Hall, the Joan Bice Underwood Tearoom is part laboratory, part restaurant, and part classroom. On weekdays while classes are in session, the Tearoom serves a gourmet lunch at an unbeatable price. Regular guests include professors who have been meeting for lunch at the Tearoom for decades. Students run the show from start to finish: planning the menu, taking reservations, preparing the meals, serving the guests, and critiquing the day’s performance. Students of culinary science, dietetics, and hospitality learn firsthand how to plan a meal, how to cook for large groups, how to manage events, and how to deliver outstanding customer service. 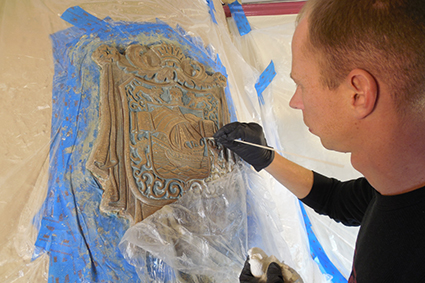 This kind of hands-on learning sounds innovative and modern, but the tearoom actually dates back to 1926: it was built during the $500,000 addition project that also included the construction of the Catherine J. MacKay Auditorium.

The tearoom is named for Joan Bice, a 1952 graduate of home economics who particularly enjoyed working in the tearoom. She met her husband, Raymond Underwood, at Iowa State. Their four children and several grandchildren have all become Iowa State alumni. A display case featuring her student uniform and recipe cards greets guests as they enter the tearoom.

In 2001, a gift of $300,000 to honor Underwood made possible a major renovation of the Tearoom. The dining area was beautifully restored as Underwood would have remembered, featuring solid wood chair rails, period-inspired lighting, and panel molding, as well as framed paintings from the 1920s and ‘30s, sourced from University Museums. The renovation project included modernizing the kitchen with state-of-the-art food production equipment including a hot water dispenser and a combination steamer and oven.

Today, hands-on experience in the Tearoom trains students to run their own hotels, events, and restaurants. Each student alternates through key roles including kitchen manager, front of house manager, chef, baker, pastry chef, kitchen preparer, table server, and dishwasher. One student also serves as a guest of the Tearoom. He or she critiques and comments on the food and the service during that particular day. 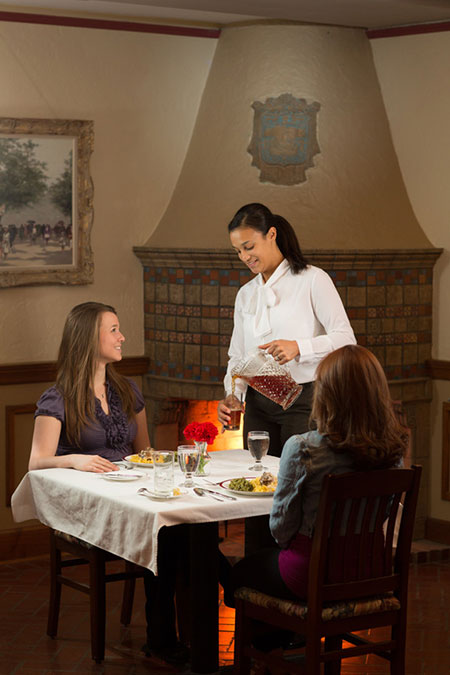