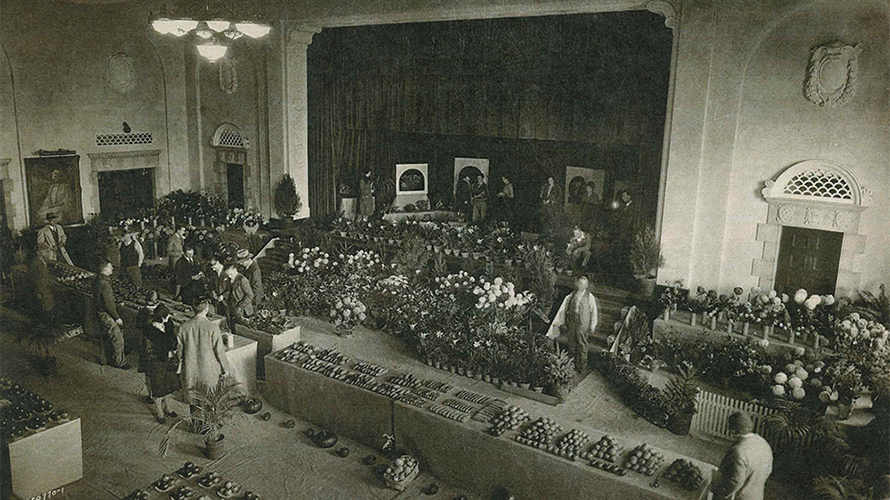 Described as “by far the loveliest room in the building” when it was constructed, the beauty of the Catherine J. MacKay auditorium still defies adequate description. The auditorium’s signature features are its trio of arched windows stretching 16 feet tall, its massive chandelier, and the hours of care and skill evident in the hand-carved Minnesota limestone and intricate snow-white plasterwork on the walls and ceiling. All of these pieces work together, like individual instruments as part of an orchestra, to create a space that is both grand and glorious yet inspiring and uplifting. 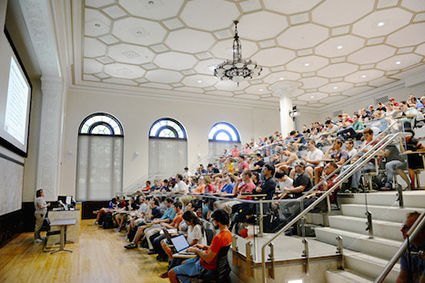 The centerpiece of MacKay Hall, the Catherine J. MacKay Auditorium was completed in 1926 as part of a $500,000 enlargement project. During a ceremony on May 9, 1925, the cornerstone for the addition was laid by Anna B. Lawther of the Iowa State Board of Education. Within the cornerstone is a time capsule containing photographs of students in 1912 and 1923, photographs of the old building and the new building in progress, a book of campus views, photographs of children in the home management house and child care laboratory, a photograph of Dean MacKay, and several Iowa State publications including pamphlets on the home economics program and copies of the Iowa Homemaker and ISC Student.

As a premier facility for events of all kinds, the auditorium has seen a diverse array of uses. By day, it has held large lecture classes. By evening, it has served as a top-notch venue for plays, dinners, dances, and sporting events. 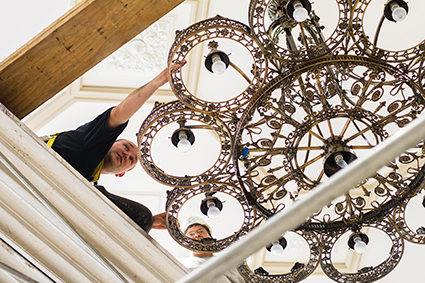 In 2014, the auditorium received a major upgrade as the focal point of a massive renovation and restoration project. The original two-tier design was converted into stadium seating for 214 students. Contractors installed Italian tile, glass railings, and a high-tech wide-screen display. Swivel seating enables students to interact even in the large classroom setting. The remodel also made the auditorium more accessible to meet Americans with Disabilities Act standards.

To maintain the auditorium’s historic appeal, lighting conservation specialists restored the original chandelier. Builders kept the auditorium’s original wood floor and woodwork, hand-carved stone surrounds, arched windows, and fine plaster detailing on the walls and ceiling. Another reminder of the past — the portrait of Dean MacKay — is on display near the auditorium’s main entry.

The Ring of Life … 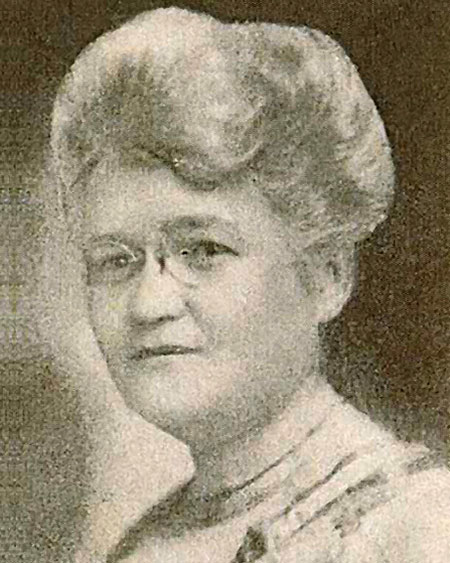 Born in 1871 in Tiverton, Ontario, Catherine Jane MacKay grew up a middle child in a family of nine children. The MacKays were pioneers; the family moved west to Manitoba to begin farming when Catherine was twelve years old. When her mother died in 1887, MacKay took on the role of caretaker of the home. She soon discovered just how hard it was to run a household and decided to help other women learn domestic science. At a time when women were still being discouraged from pursuing their educations, MacKay aggressively sought further training and knowledge. She was considered among the best educated people in her community.

MacKay studied home economics at the Drexel Institute in Philadelphia in 1905 and received her degree in 1907. She later studied at Teachers College and Mrs. Farmer’s School of Cooking in Boston. She established courses in home economics at the YWCA in Minneapolis and supervised the teaching of domestic science in the public schools of Winnipeg before she joined the faculty of Iowa State in 1910 as an associate professor.

As an instructor, she was entertaining yet practical, firm yet gentle. She loved teaching so much that she continued to work even as her health was failing. MacKay died August 21, 1921.

MacKay’s last message for her students demonstrates just how much esteem she held for them and the promise they showed: “They are all so dear to me,” she wrote shortly before she passed away, “their future means so much to the future of our state and country.”