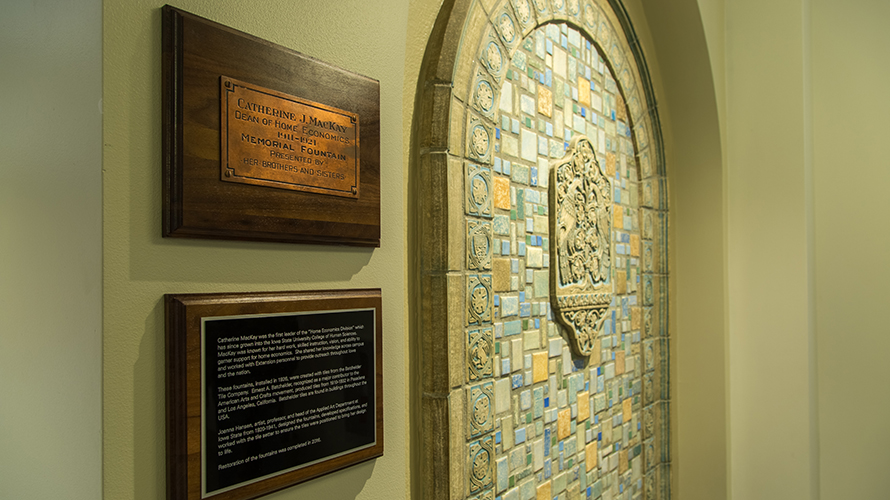 An oasis of color awaits visitors at either end of the main first floor corridor in MacKay Hall. Two symbolic fountains, set into the wall and stretching nearly floor to ceiling, feature little rivers and lakes of aqua and splashes of ocean blue surrounded by desert hues. Handmade, hand-glazed Arts and Crafts tiles depict trees and birds. Above a sand-colored half-moon basin is an image in relief of two peacocks with long flowing tails. 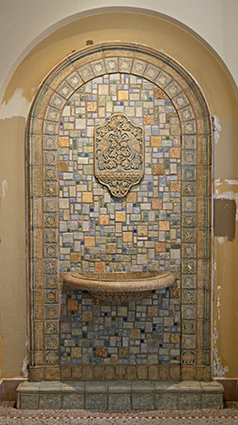 Ernest A. Batchelder earned fame as a maker of fine art tiles and was a leader in the American Arts and Crafts movement, known for its Art Nouveau-inspired designs, nature motifs, and focus on bringing out the inherent beauty of the material used by artists.

Batchelder came to Pasadena, California, in the early 1900s to teach art. He was director of the art department at Throop Polytechnic Institute, predecessor of the California Institute of Technology. In 1909, he built a kiln and began creating hand-crafted art tiles. The tiles were hugely popular, and by the 1920s, Batchelder tiles were found in homes and buildings across the United States.

MacKay Hall’s lovely fountains took a beating over the years. Originally intended as symbolic fountains, they were once used as planters and later used as drinking fountains. They became discolored from the touches of scores of admiring hands. They were even painted over by more than one faculty member who didn’t like the original colors.

During the latest renovation of MacKay Hall, conservators cleaned and restored the fountains to their original colors. Renovators installed pin spotlights above each fountain to show off their original beauty and texture. Today, the restored fountains invite moments of wonder and quiet reflection. 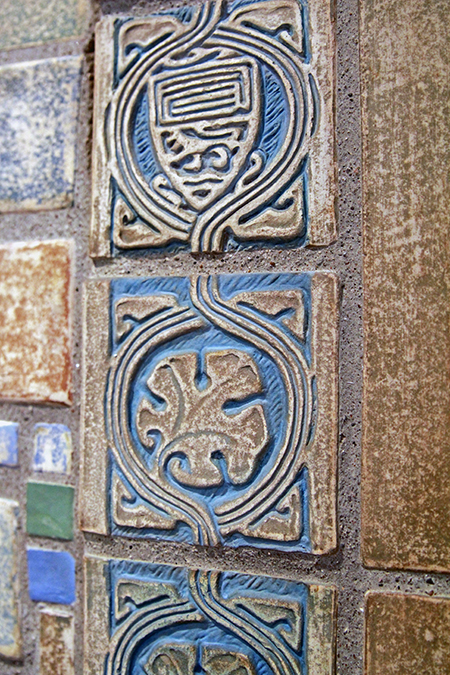