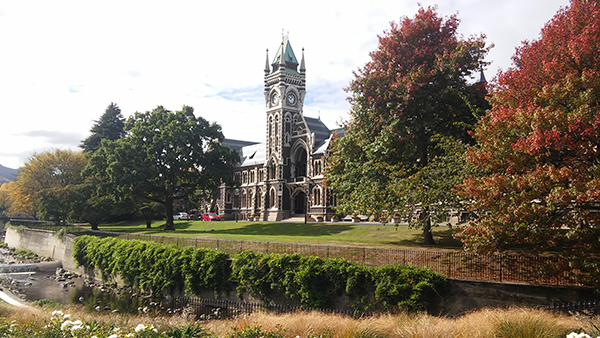 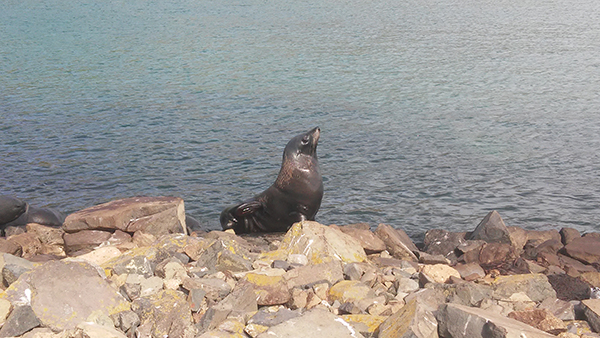 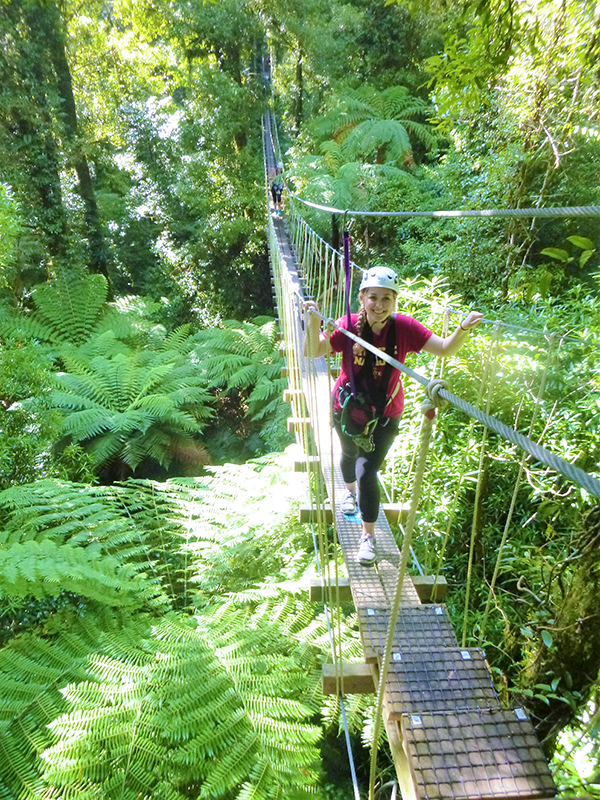 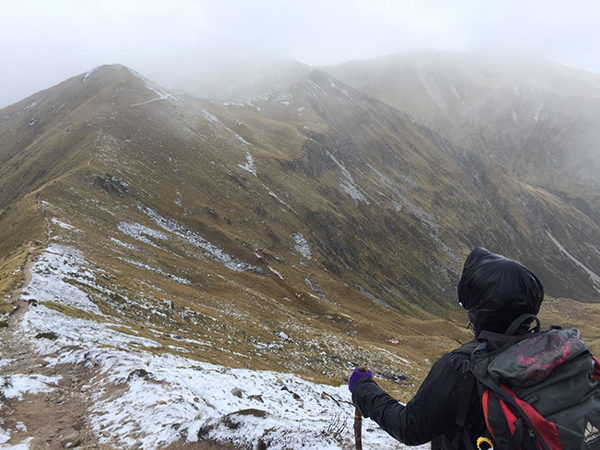 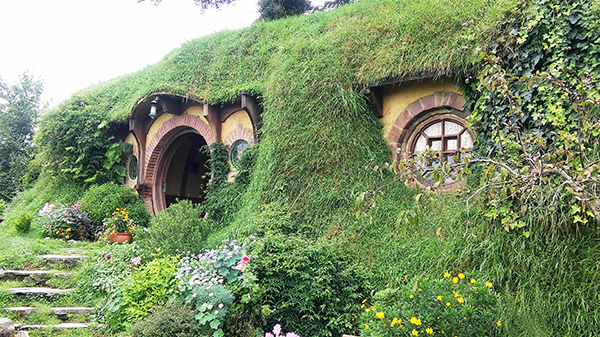 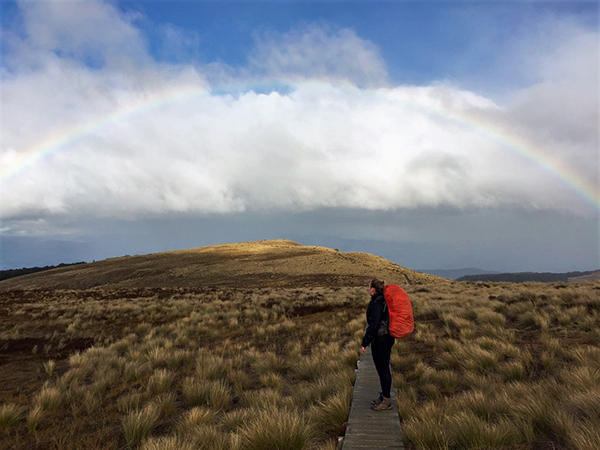 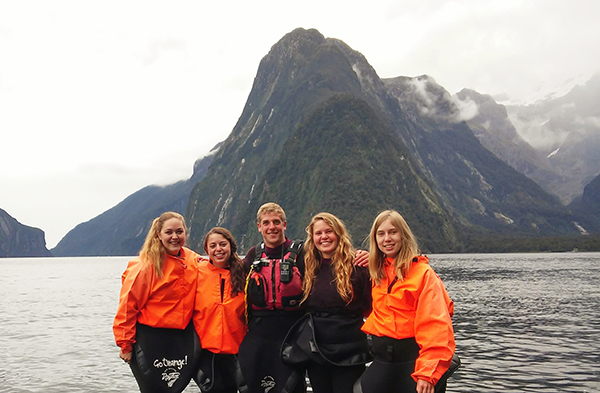 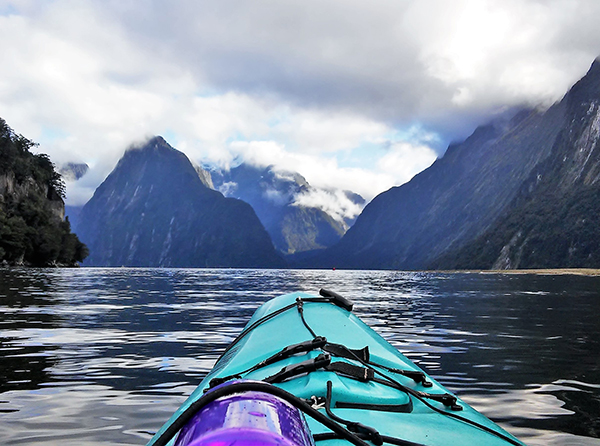 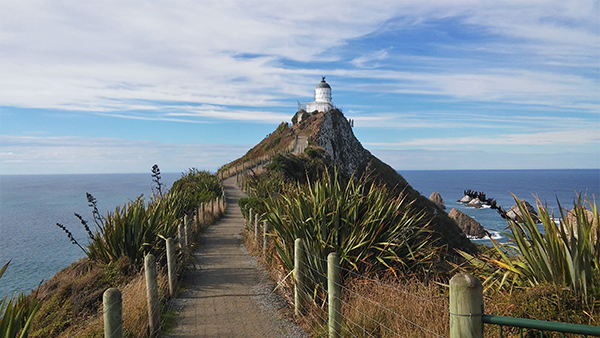 Type of experience: Semester abroad
Experience: A Semester in New Zealand - University of Otago
Experience website: http://isuabroad.iastate.edu/index.cfm?FuseAction=Programs.ViewProgram&Program_ID=130
Destination: Dunedin, New Zealand
Overall experience..
My experience at University of Otago was an incredible one. First off, the University is situated in Dunedin, a community-driven city with a stunning harbor backdrop. The University itself feels very similar to ISU due to the communal, proactive campus. The campus is very modern with great facilities and spacious, green outdoor spots. As for my program, dietetics is very specific so I had planned a year in advance to take a couple extra courses before studying abroad. I took three humanity classes at Otago because I did not have any humanities credits yet, and also I was hoping to take some less traditional classes while abroad. I ended up taking Sociology of New Zealand, Hinduism and Buddhism, and Maori Society. For those unaware, Maori were the original aboriginal peoples of New Zealand, so this was a culture-focused course. I was really pleased with the outcome of taking these courses; I had fantastic professors, interesting discussion classes, and was often in an even mix of Kiwis and international students in these classes. As for the living situation, international students are placed in apartments, or “flats” with a Kiwi host, a New Zealand student also studying at Otago. My situation was a little unique because I did not have a Kiwi host, yet I still absolutely loved my flat. I lived with 2 other girls—one from China and the other from Germany. It was neat that all three of us were experiencing New Zealand for the first time together, and a bonus was that I learned about their cultures a lot, too! Being in New Zealand, there is lots of opportunity to travel around the country. Abroad students were always running off to hike, climb, surf, and explore new places in New Zealand on the weekends. Since there’s such a high population of international students at Otago there are always great opportunities to meet people who are keen to adventure with you. There are some cool methods of exploring that are run by the university too such as tramping club and the rec center programs. Tramping club, the Kiwi way of saying Hiking club, hosts a couple hiking trips at the beginning of the semester where international students and Kiwi students alike can all meet and get a taste of New Zealand beauty. In essence, Otago does a wonderful job of making international students feel very welcome and goes above and beyond with accommodation and opportunities. I am entirely so grateful that I had the chance to go to Otago for my study abroad, and I would highly recommend this university and country!

I learned...
I first learned about this program at the study abroad fair. I’ve known since I was 16 years old that it was important to me to go on a semester abroad, but I did not know where I wanted to go until the fair. I liked the idea of New Zealand because I had recently done a little travelling in Europe, and I was ideally looking for an English-speaking country. After seeing pictures of the stunning landscapes it was a no-brainer for me to choose New Zealand! After that I found out about the two study abroad programs offered by ISU—University of Otago and Massey University—and I liked the class selections and location better with Otago. A few months later, I attended the CHS study abroad fair where I met a girl who had just gone to Otago and she filled me in with several stories, pictures, and positive words about it—again I was sold!

An impact to my life...
This experience has been a live-changing adventure for me. I went in to this trip with an open mind, eager to learn about a new culture. New Zealand exceeded my expectations in this way and more. For personal goals, I anticipated that I’d gain more confidence and independence. Being thrown in to a new environment and not knowing anyone, I had to quickly learn to be less intimidated by these changes. One example is that I learned how to drive on the opposite side of the road so that I could travel more; this was a situation I was nervous about at first. As for independence, I had to learn the city and the bus routes so that I could get myself to the places I needed to go. This was a bit of a challenge because Dunedin is much bigger than Ames, and also because some stores have a different name from the usual American name. My educational goal was to experience new perspectives shaped by my classes. This goal was broad because I didn’t know what I’d learn heading in to New Zealand. My classes were Maori Society—an indigenous culture class—Asian Religions, and Sociology of New Zealand. These classes exposed me to new ideas, concepts, and cultures; I was really happy with how each class went. With both my personal and educational goals, I think I was able to further develop myself for my future in dietetics by gaining confidence, independence, and new global perspectives.

A surprising discovery...
Something that surprised me as far as my profession was the food availability in grocery stores. First off, grocery stores are smaller and have less processed food choices available. This means only a couple shelves of cereals—not an entire aisle, like America. In proportion to the entire store, the produce section of New Zealand grocery stores is higher than American grocery stores; therefore there are less unhealthy choices available. As a future dietitian, the fact that nutritious options are more abundant than our grocery stores directly correlates with people making more healthy purchases. The other thing about their grocery stores that surprised me was that when a fruit or veggie was out of season, the price increased dramatically because New Zealand had to import a majority of their produce. This meant $7.99 per avocado in the winter! However, this didn’t seem to faze too many Kiwis; people just bought whatever produce were in season, so their nutrition is much more versatile over the course of a year, through each season. I hope to take some of these ideas and approaches back to the States with me. Although it’s not possible to shrink grocery stores, it is possible to approach stores as though they have limited options available. It’s also possible to focus on a more diverse spectrum of nutrition, rather than limit on the few produce items we are most familiar with. I hope to take some of these ideas through with me in both my life and my approach to my career.

Advice for others...
My single best advice to students considering study abroad is to just do it. To the best of your ability, make it happen in your schedule. This required me to plan early—a year and a half early—by working with my advisor to arrange my four year plan to allow me to go abroad for a semester. The biggest reason people don’t go abroad is because it is an intimidating jump. It’s easy to believe your doubts and find excuses, but no one ever goes abroad and regrets it. Learning beyond your “bubble” expands your understanding of the world and of people, and gives you new perspectives no matter what career you choose. I just hope to encourage people to face their fears and make study abroad happen, whether it’s for 2 weeks or an entire year.